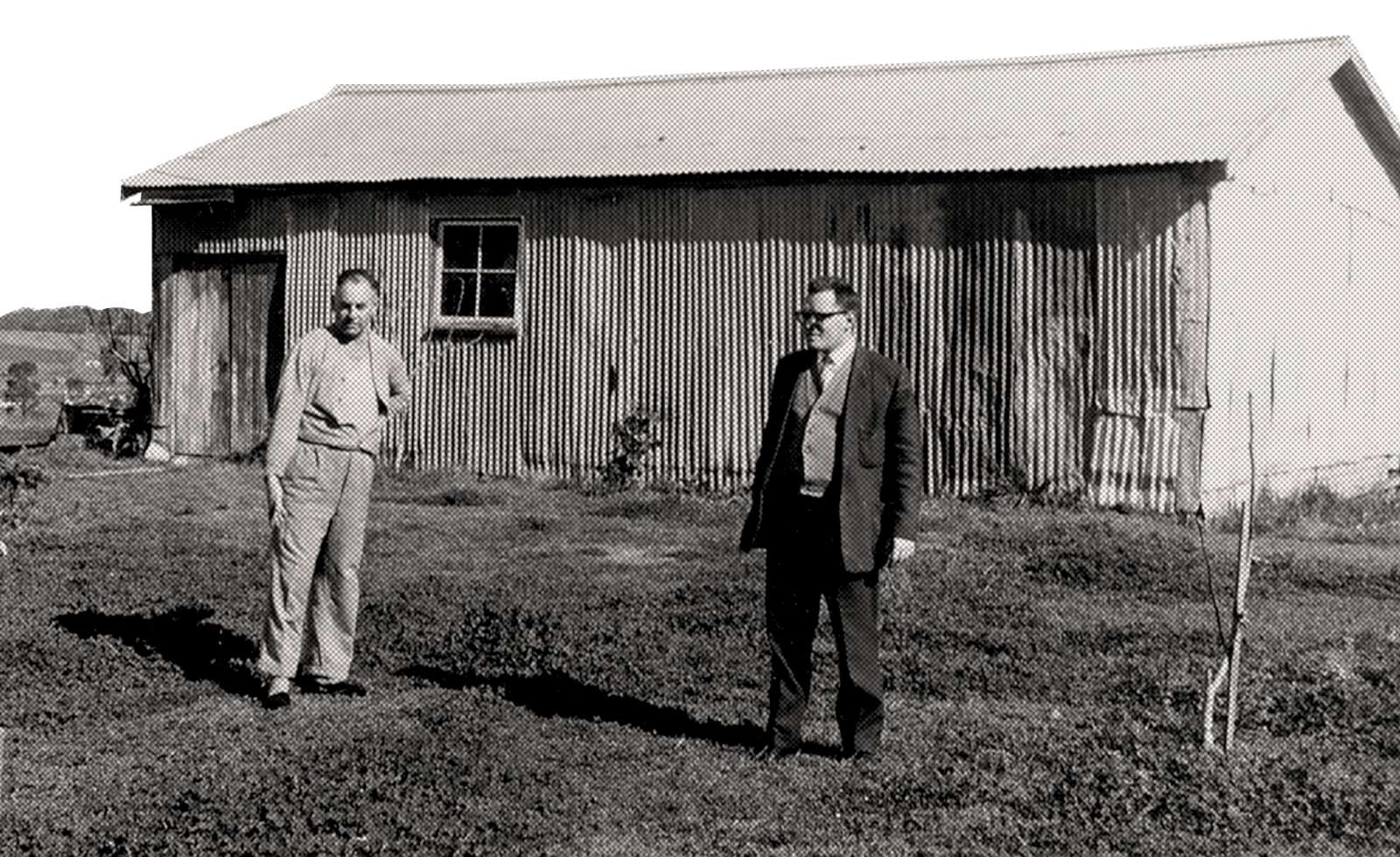 The idea that would lead to a legacy
What began as a place for Italian migrants to come together, play their beloved sports, be proud of their heritage and to give assistance to new migrants has now become a hub of sporting and social activities for the whole community of Bossley Park and surrounding areas.
Club Marconi was an idea that began in 1958 when a group of Italian migrants envisaged a place they could meet and socialise in Western Sydney. There were 106 founding members, each whom embraced their new life in their new country but wanted a place that would allow them to honour and uphold many of the traditional pastimes of their origins back home in Italy. While Italians had been coming to Australia throughout the nineteenth century, levels of immigration increased early in the twentieth century, along with a mass migration after World War II, resulting in migrants planning on permanent settlement in Australia. The growth of the Italian community in Sydney, one of the largest ethnic groups in Australia, was a major stimulus to the social, economic, political and community life of those with Italian connections. Before Club Marconi was officially established, it was up to the household owners to invite friends and family over, holding festivities in their backyard sheds. These festivities covered all occasions including feasts, dances and playing bocce. From this came a need for a community site which could accommodate these festivities without impeding on neighbours and the surrounding community. ‘The shed where it all began’ will forever be a part of Club Marconi’s historical foundation. The birth of Club Marconi marked a milestone in Italian migrant history, providing the ever-needed cultural hub for Italians and their future generations to congregate.

But what to name such a venue?
With the inception of an iconic venue having over 100 idea makers, each whom believed their naming rights were premium, it was no easy task developing a name that would embrace the culture of both Italians and now, new Australians.
“Club Marconi” was first suggested by the inaugural President, Oscar Michelini, at the second Provisional Committee meeting. The name drew upon the strong connection between Australia and Italy thanks to the Italian scientist and inventor of wireless transmission, Guglielmo Marconi. This bond was conceived in 1930 when Marconi successfully switched on the lights at Sydney Town Hall from his boat, the Elettra, in the port of Genoa, Italy. It was at this one moment Australia and Europe were instantly closer than ever before.
It was decided – “Club Marconi of Bossley Park Social Recreation & Sporting Centre Limited” would be the official name of the new venue which would further strengthen the bond between Italians, Australians and all cultures within Western Sydney.
A statue of Guglielmo Marconi was donated by the Italian government in 1959 and now resides within our main foyer, inscribed with the message “Guglielmo Marconi, 1874 – 1937, immortal genius of the Italian nation who first with science’s wonders and spiritual wings linked Australia with the world.”

The logo to embrace the joining of many cultures
The Club’s emblem is one that represents the cross of three cultures. Designed by Guido Zuliani, the emblem is built of a globe to signify planet earth. This is overlayed with a boomerang to symbolise Australian-Indigenous people, with the colours of green, white and red to represent the Italian heritage. The emblem is encased by Marconi’s invention of wireless communication, further portrayed as a radio tower.

A historical site
It was the cause of three members of Fairfield’s Italian community that lead to the establishment of a licensed venue. Ruben Sartor, Provino Sartor and Lorenzo Zamprogno made the visit to the Yogali Club in Griffith, Regional NSW, in the late 1950’s to gain a better understanding of the legalities and requirements of a social club.
Upon their return, a meeting was held at Provino’s house with Rino Bagatella, Sebastiano Crestani, Oscar Michelini, Antonio Pessoto, Vito Angelo Pessoto, Provino Sartor, Ruban Sartor, Davino Zadro, Lorenzo Zamprogno and Andrea Zulian, some of whom would later became the Club’s first Board Members.

Using local media, the group advertised for support in establishing the Club. The Sartor brothers generously offered a plot at the corner of Prairie Vale Road and what was then Middle Road for $6,900 interest free. This would later be finalised as the Club’s location. The building process began in 1956 thanks to the help of over 300 people who attended the Club’s first meeting, each of whom donating $300 or more towards the project.

In 1958, the first building was completed on a budget of $120,000. With such a successful inauguration, the first set of extensions were commissioned in 1962 at a cost of $90,000. Throughout the 1960’s, the land around the site was acquired, with the block opposite the Club purchased for $16,000 in 1960, and the adjacent grounds for $12,000 in 1962. By 1966 the growth of Club Marconi led to Fairfield Council honouring the site and changing the name of Middle Road to Marconi Road.
A number of further extensions were added between 1970 and 1990, including the tennis and squash courts, indoor bocce courts, a football stadium, the carpark and more. In 1999 the indoor sports centre was complete along with the construction of a building which would later be dedicated for a health and fitness centre in 2003, a child care centre in 2005 and an outdoor gaming area in 2008 to accommodate the changing health legislation.

Sports, sports and more sports
Club Marconi proudly supports a number of sporting associations, providing resources, venues, funding and more to over 20 different groups. These associations cover all genres, ages and capabilities including bocce, borella, carpet bowls, art, tennis, rugby league and many more. Club Marconi also holds closely their association with the Marconi Stallions Football Club, which has bred many players that would later be seen in the international arena. The Stallions are known Australia-wide with their dominance in the National Soccer League. Currently, the Marconi Stallions are playing in the National Premier League, the highest division outside of the A-League.

Club Marconi today
Today, Club Marconi is a vibrant community Club with over 45,000 active members and one of the largest entertainment precincts in the region. Club Marconi is one of the best, most modern Registered Club’s in Australia, not to mention the largest Sports Club in Sydney. Situated on thirty-one (31) acres of parkland and playing fields at Bossley Park, in the midst of Sydney’s rapidly expanding Western Suburbs. Club Marconi is an oasis for entertainment, leisure and sport for the surrounding community.
Many partnerships have been forged at the Club over the years, both business and social, forming strong foundations that have benefited the Club and the community as a whole. Above all, the Club has been a place where friendships have been cultivated and maintained, one of the founding reasons to have such a venue being held true throughout its time.
The Club’s generosity has been extended to the community through fund-raising for numerous local, state, national and international charities. Firm bonds have been generated with the community through these activities and with the initiation of large-scale community projects such as South West Italo Australian Association (SWIAA) retirement village at Bossley Park.
The Club Marconi of today has been shaped by many people and special events throughout its 60 years. To reach the milestone of sixty years is an achievement to be proud of; it is an occasion to express pride and thanks to the founders of the Club and the Members since 1958 that have supported the Club through all times. Support for Club Marconi, the Board of Directors and all management and staff by the Members is the drive that keeps Club Marconi pushing forward, giving you all the place that you see today, and keeping the future of Club Marconi prosperous.

We look forward to seeing you all join us for our 60 years celebrations on the 7th, 8th and 9th of August, where Members will receive a commemorative gift and have the opportunity to celebrate with friends, loved ones, founding members and the team at Club Marconi this spectacular achievement.