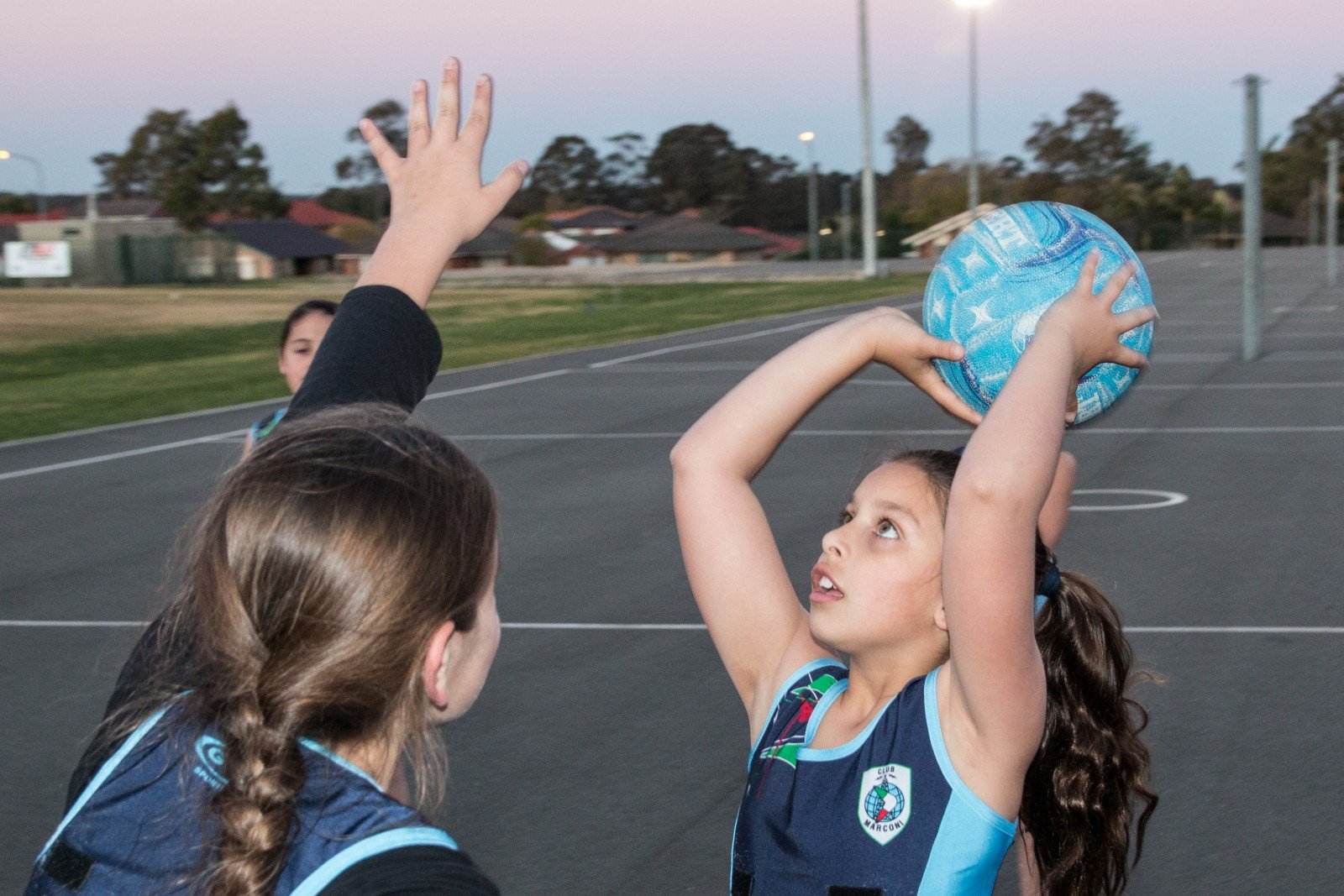 The Marconi Netball season has officially begun! April 7th was our first round and it started with a bang!

With weeks of training and preparation behind us, all teams were excited to take the court for round 1. Before teams took to the courts, the season was officially opened with the Liverpool District Annual March Past. Many of our junior teams came down filled with excitement to march as a Club, showing our pride to be part of Marconi Netball Club!

All players, coaches, umpires and officials who marched did our Club proud as they looked wonderful in their uniforms and gear. Once this was complete it was time to take it to the court and get our season underway! In the strong April heat, all players and umpires powered through each game right to the end, enjoying the game regardless of the result.

As we not settle into the Saturday routine of netball, we look forward to events throughout the season which include the Liverpool District 50th Anniversary Dinner, which the netball committee will represent the members at Crazy Hair and Sock Day, and, of course, the finals that we work hard all year to qualify for.

Marconi Netball Club is asking for any businesses who may be in the position to offer sponsorship in any way to assist us with purchasing any necessary equipment, resources and first aid supplies which assist us with providing the best possible sporting experiences for all players in our club.

Please feel free to come down to the Woodward Park netball courts eeach Saturday and cheer on our teams as we move through the season enjoying our netball!