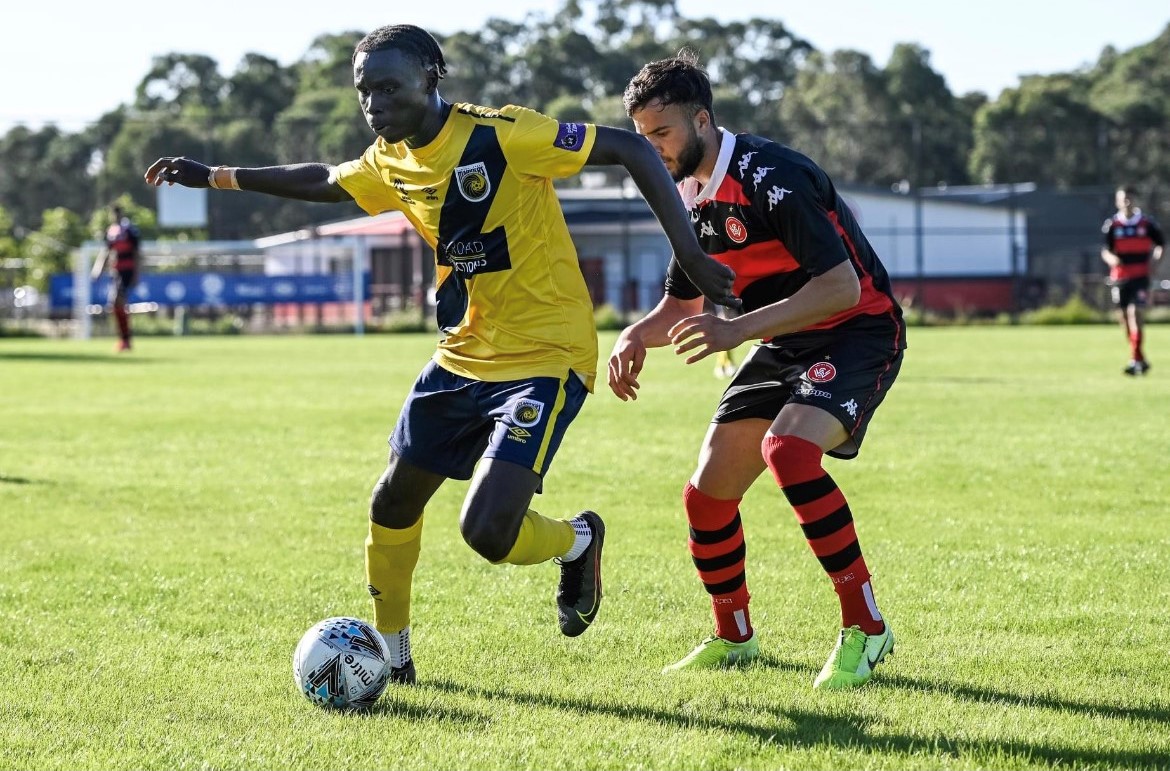 It has been quite a fortnight for 18-year-old Jing Reec.

The former Marconi Stallions FC “attacker” recently  made his debut “off the bench” in the A League for Central Coast Mariners and turned 18 a week later.

The “highlight” of his so far “short” career came on Saturday, June 5th when Central Coast Mariners Coach Alen Stajcic called the player wearing jersey 41 off the bench for the final 19 minutes against Western United. (Mariners won 2-0)

“It was a big thrill, I was very proud, my whole family and friends were at the Stadium to watch.”

So, how did he find the 19 minutes playing in the A League?

“It was much faster, the players are smarter, it is a big step up.”

Jing is thoroughly enjoying his “step up” from the NPL to the A League.

“I am learning all the time, training four times per week in a great environment.”

During this season  prior to his call up Jing Reec has been playing with the Youth League and Academy teams.

Called up into the NPL 2 Academy team Jing Reec has scored 10 goals from 14 matches played and justifying the club’s faith and confidence in him.

Season 2022 will hopefully see more cause for celebration – making the rare one-off appearance off the bench into more regular appearances on field as the 18-year-old continues on his promising career path.

Jing Reec is yet another Marconi Stallions FC youngster who has come through the club’s assembly line and moved on to bigger and better things.