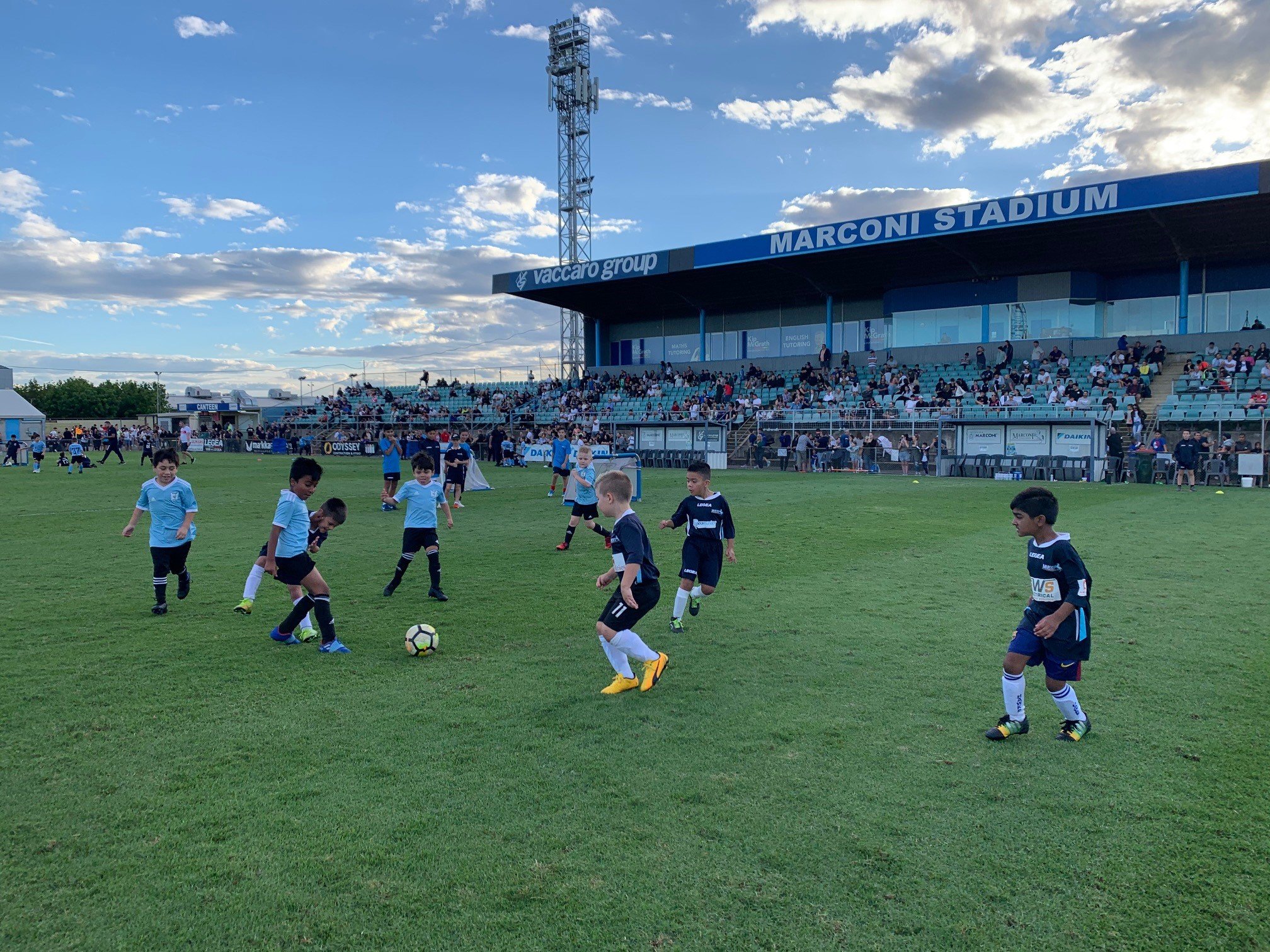 The “innovative “Markka Cup is proving a winner for Marconi Stallions FC as another round of matches is set to be played during the half time break of the Round 8 NPL match against Sydney Olympic.

This weekend will see teams from Marconi Stallions FC, Bossley Park and Hinchinbrook play against each other in the Under 6 and Under 8 age groups.

The Markka Cup has had an impact on the crowd numbers at Marconi Stadium – numbers are up significantly in 2021.

Marconi Stallions FC have invited two neighbouring clubs Bossley Park and Hinchinbrook to come to Marconi Stadium on Home Game Day and play at half time of the NPL matches during this season.

Legea and Hallmark Chief Executive Officer and Technical Director Wayne Spagnol is supporting the initiative which is aimed at giving the “juniors “the opportunity to play on the Main Stadium. It is also part of the club’s plan to unite the club from the juniors right through to the NPL team.

The NPL players will be holding training sessions with the Pre SAP /junior teams throughout the season so that the young players of the future can get to know the club senior players when they train with them.

Part of the experience on game day is for the junior players to walk out with the seniors prior to their half time experience.

The reaction so far has been very good – a great experience for the young ones walking out with the seniors, the game time, and crowd support.

Pre SAP and Marconi Stallions Junior Manager Tania Corvelo is pleased with how the Markka Cup is going so far.

“The feedback from both neighbouring clubs has been very positive they are enjoying the opportunity and the experience to play on the Main Stadium in front of a good crowd of people.”

“It also helps to build good relationships with neighbouring clubs like Bossley Park and Hinchinbrook.”

Markka have agreed to donate $250 worth of football equipment to each of the competing clubs.

Markka Cup matches will continue at the Stallions FC home games in the coming weeks.